Work on the bench top

Since the last update I've gotten the top almost done.  As you can see its all glued up into the final two pieces.  It started out as three small slabs, two long ones and the short one seen here.  Well, it actually started out as about two dozen boards but I'd rather forget about that pain in the ass.  If I were to do it again I would start with much thicker boards and cut that down to 8-10 boards.  This was by far the largest glue up I've ever done and what a pain.  There was lots of planing to do just to flatten it enough to glue the two long sections together.  I did the majority of the flattening with the hand plane because my planer set-up isn't really beefy enough to handle these slabs of hard maple.  My jointer can't handle these slabs either so I was forced to fine tune the faces of the slabs with a hand plane to get a perfect fit for the glue up. 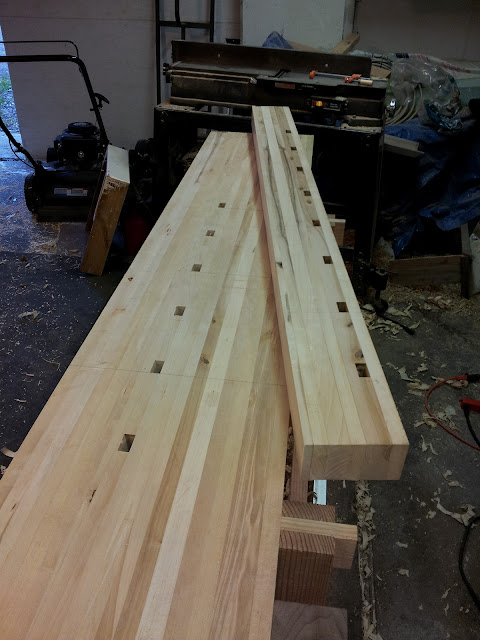 Besides the slab, I've also been working on the tail vise.  I had the core all built up already so it was just a matter of mounting things to the bench.  I had to add a block on the underside to support the vice plate and then mount the plate.  Can anybody tell me what the last two holes on the plate are for?  The other ones are all counter sunk but the last two aren't.  Right now I'm farting around with things now just to get everything fitting tight and square and making sure the doghole strip lines up nice. 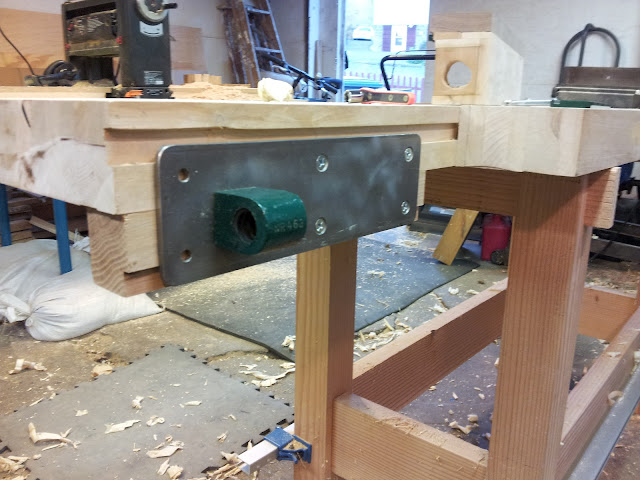 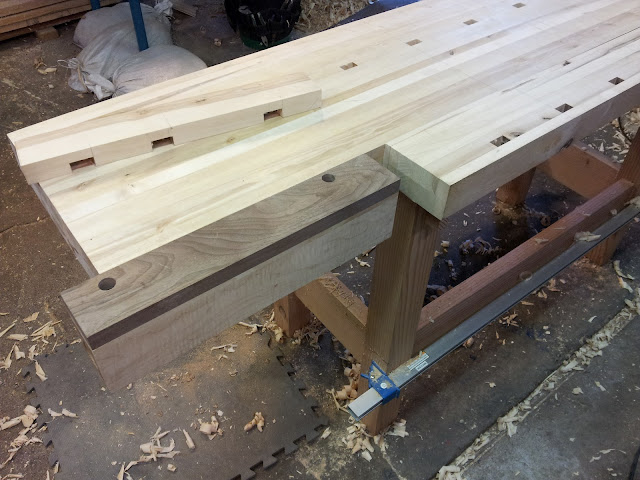 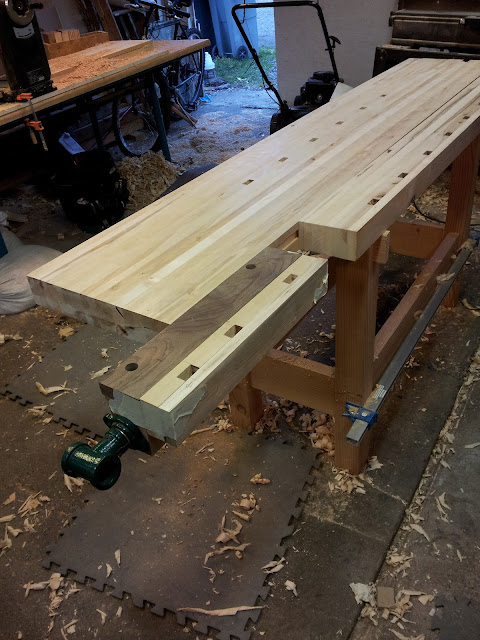 Email ThisBlogThis!Share to TwitterShare to FacebookShare to Pinterest
Labels: Workbench