It's has been quite awhile since I last posted an update on the cradle for our brewing baby.  I was stalling on some parts until I could use a good band saw and milling the lumber for the workbench pretty much tied up the shop for awhile.  The bench top is all milled and on hold for now and I finally got a chance to visit a fellow woodworkers shop for a little tool time.  I got the feet cut and sanded and the curves on the end support cut out.  I only did 1 of 4 cuts on the supports but I have a good plan for the rest that will make them identical.  Using a flush-trim/pattern bit in the router I will use the already finished support as a template.  I'll cut one side of the second support, flip it over and use it to cut out the second side of the first support.  It sounds more complicated than it will be.  I'll post some pics once I get underway with it.  I had to order a a longer bit so it'll be a few days. 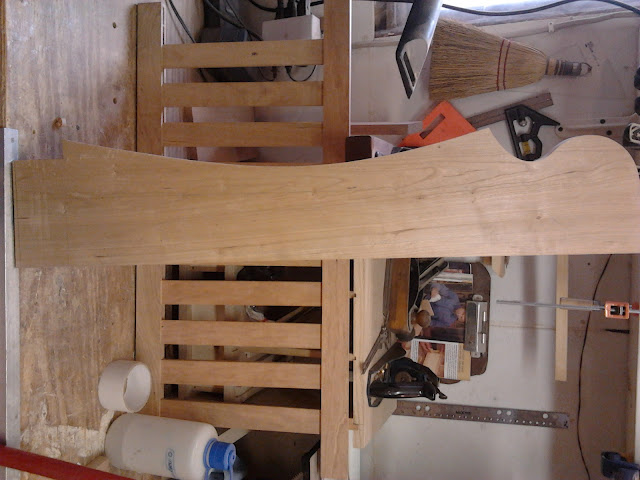 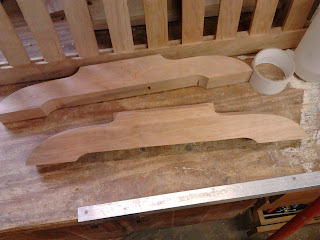 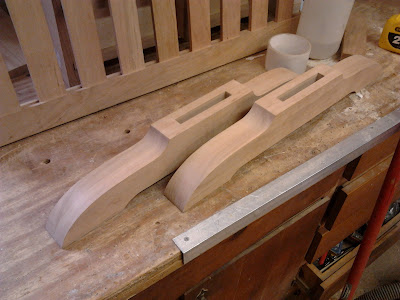 I also spent quite a bit of time on the end panels.  It was a little stressful but I got the chamfers all cut,  the curved one was the scariest.  I was worried about it being wavy because neither the jig nor panel was sanded smooth.  It just came to me one day to use one to sand the other and vice versa.  I stuck some sand paper to the curved edge of the panel and sanded the jig.  Once the jig was nice and smooth (and free of the waves that a spindle sanded will leave when you're new at it) I used it to sand the panels. Another nice thing about this method is that the curves end up being identical.  Here's the jig i used per the specs in the plans. 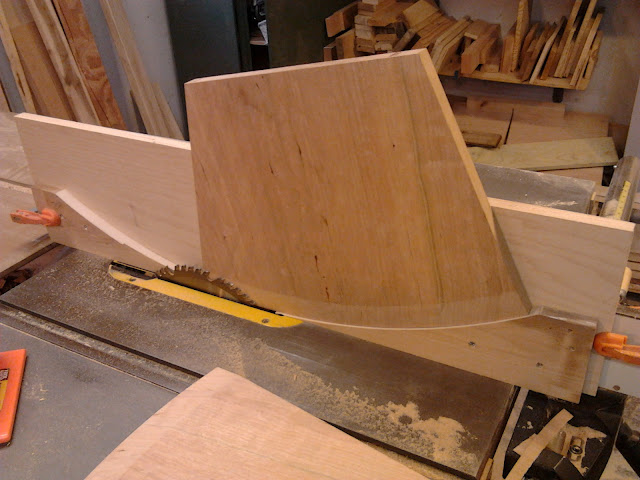 As I said, I was really nervous about this but It couldn't have worked better.  Everything slid smoothly and I just snuck up on the thickness.  Doing the other 3 sides was a breeze after this.  The next, and time consuming, step was to fit the panels nicely into the frames.  I had to lots of fine tuning with my smoothing plane and sandpaper on the bevels but all is well.  I'm very happy I decided to go with the raised panels for then ends.  They look so much better than a solid panel. 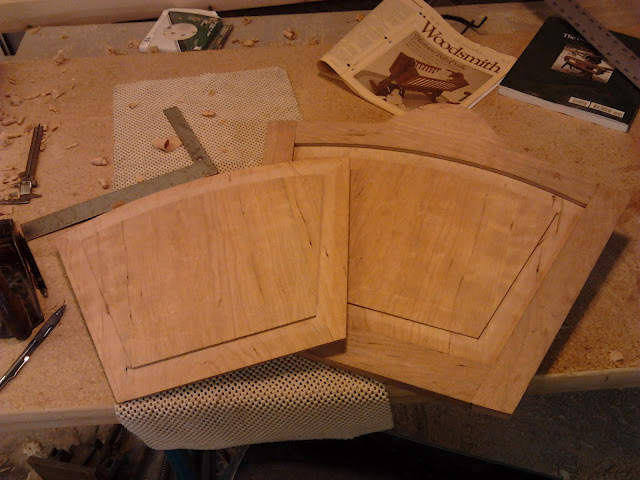 Besides the end supports, the next step is more work on the sides.  I have to cut all the little filler pieces to go in the groves between the slats.

Email ThisBlogThis!Share to TwitterShare to FacebookShare to Pinterest
Labels: cradle