Once I ran out of work on the workbench I turned to the cradle.  Friday night I finished cleaning up the rest of the mortises and cut the grooves for the side slats.  I was originally considering using the dado blade for the grooves but I quickly decided that was a bad idea.  Instead I used a slot cutter on the router table, which worked perfect.  I just bumped the sliding fence in to give zero clearance and went to town.  The first pass I took was without the fence moved in close and there was some tearout so I'm really happy I made this nice fence awhile back. 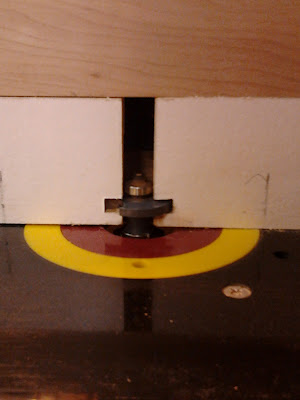 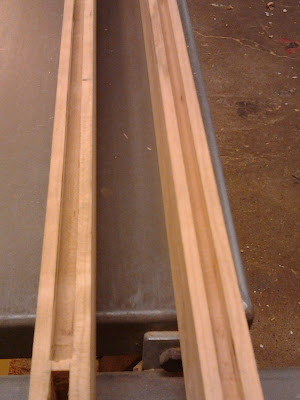 Today I worked on getting the slats evenly spaced in the groove.  It took a little math and some trial and error but I got them worked out.  There's just under an inch between them.  I cut a few little pieces to fill in the groove between the slats to show my wife what the finished product looks like.  I'm going to have to figure out a good way to cut those little plugs because there are lots of them to be done. 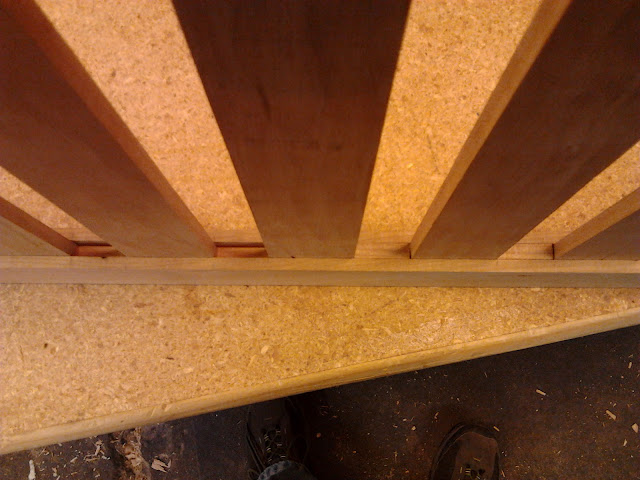 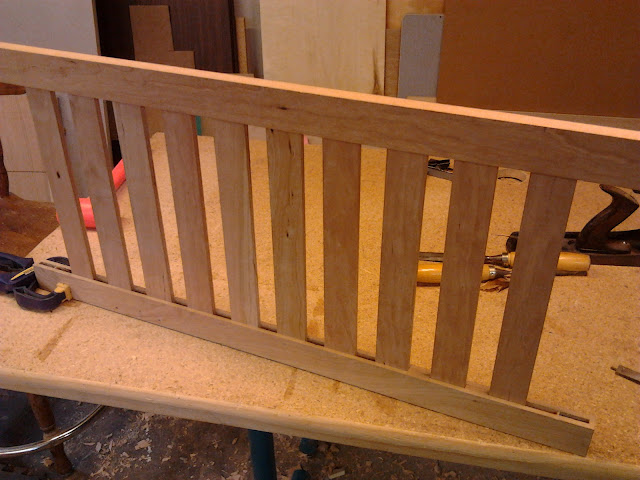 Email ThisBlogThis!Share to TwitterShare to FacebookShare to Pinterest
Labels: cradle